As all holidays it starts at the check in desk, here we all are at the Virgin Atlantic desk at Gatwick. 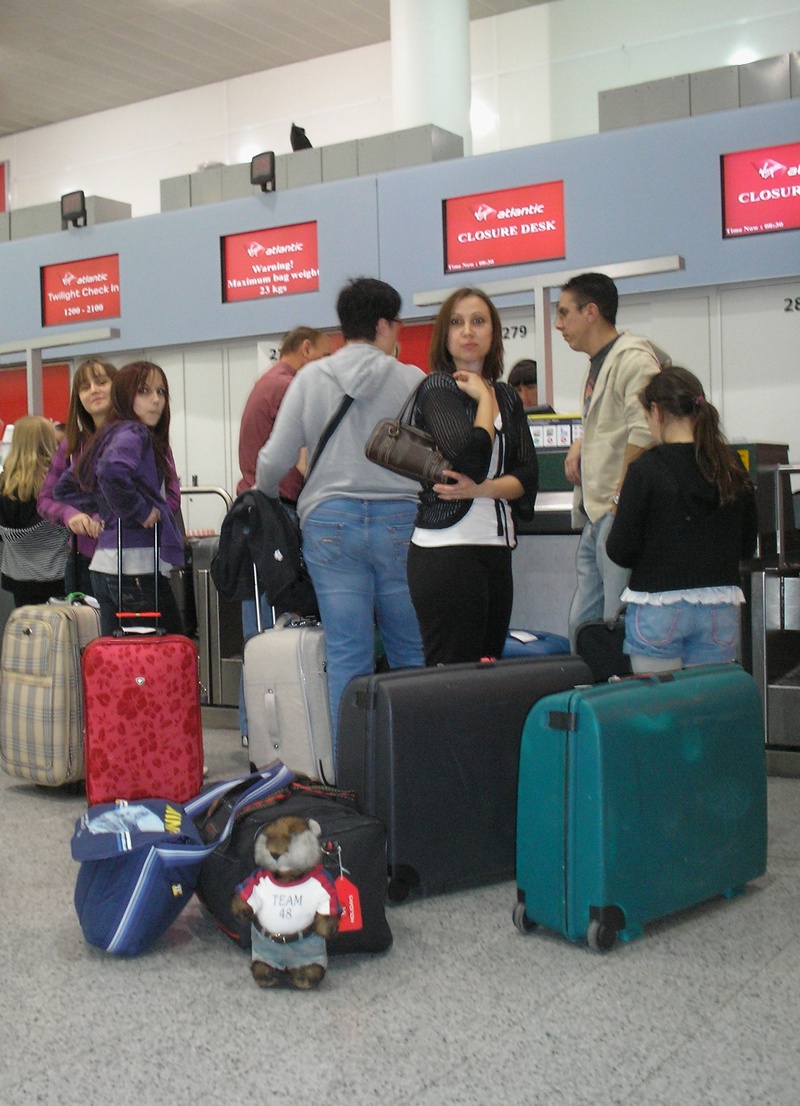 Things as normal didn't run smoothly... especially for Phil. We came down the day earlier and stopped the night at a hotel near to the airport, also we could leave the cars for the duration of the holiday. The hotel ran a mini bus service to the airport, so after breakfast we all hopped on with our belongings and was whisked off to Gatwick... Well first clang was noticed by Phil as we approached the check in. The twonk had had left his phone back at the hotel... doh. Thanks to Richie he phoned the hotel and it was lucky that the mini bus was on a return journey to the airport to drop off more people. Phil legged it down to the pick up point an met it. They flew back to the hotel an soon the phone was located. The boss of the hotel ran Phil back again at super speed. While that was happening clang number two came to light. Virgin has a policy to keep families together on any flight. The person on the phone (when flight was booked) assured that this will happen...... But!! they said different when we was checking in. That miffed Richard and Barbara who booked it and words were said...  In the end we got scattered around the plane.
While waiting to get on I gave Richard a hand in doing his crossword.... 10 down, A small rodent found on golf courses in America 6 letters Hmmmmmmmmm?????? badger!
Our plane, Now... you see the windows from the nose back to the door , that's a different class to us, they had the posh side angled seats that recline right back and turned into a bed, anyway more on that below. 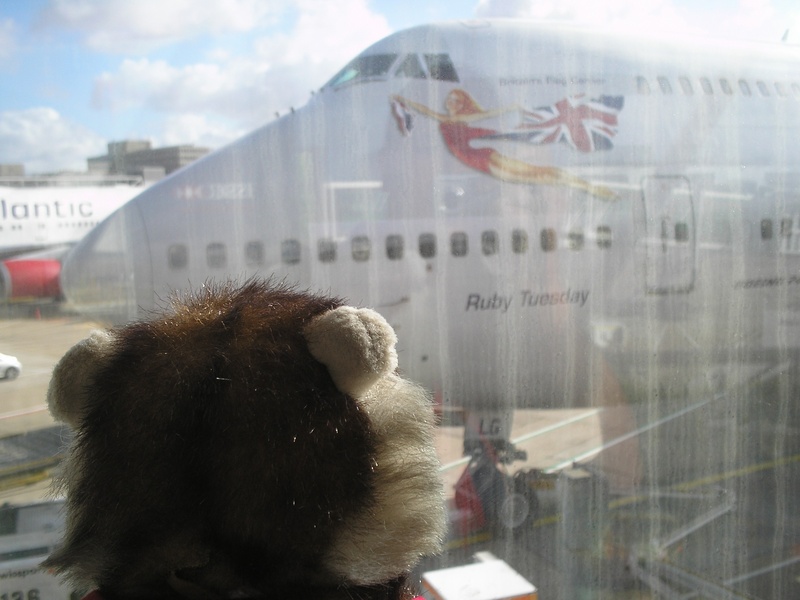 Once up an a way I went for a walk about, having a look out the window at the engines. 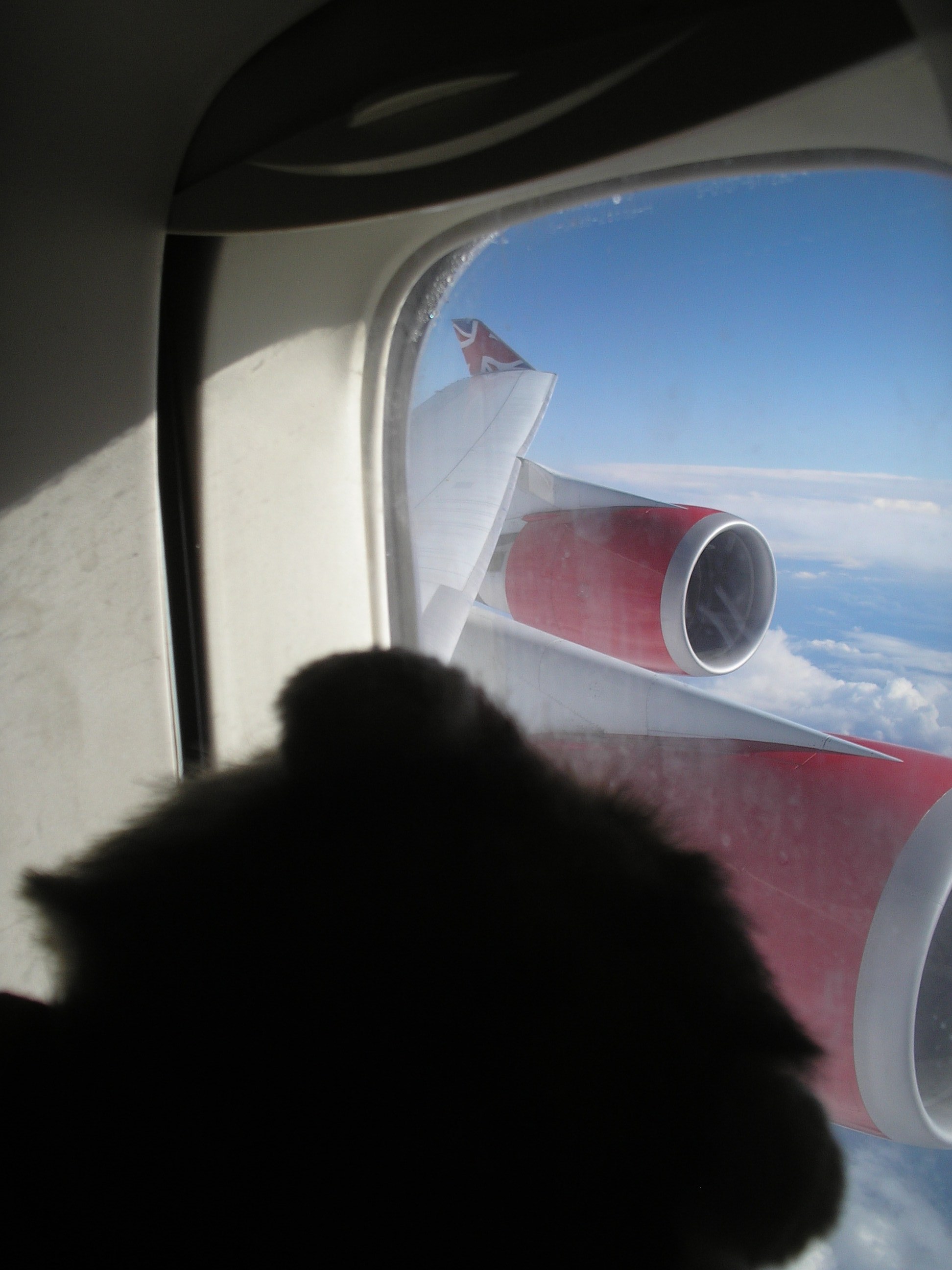 I was off up to first class to have a shufty, but got stopped by one of the hostesses

This was what I was on about earlier, I gate crashed it, I'm stood on their bar, I soon got thrown out... hehehe. 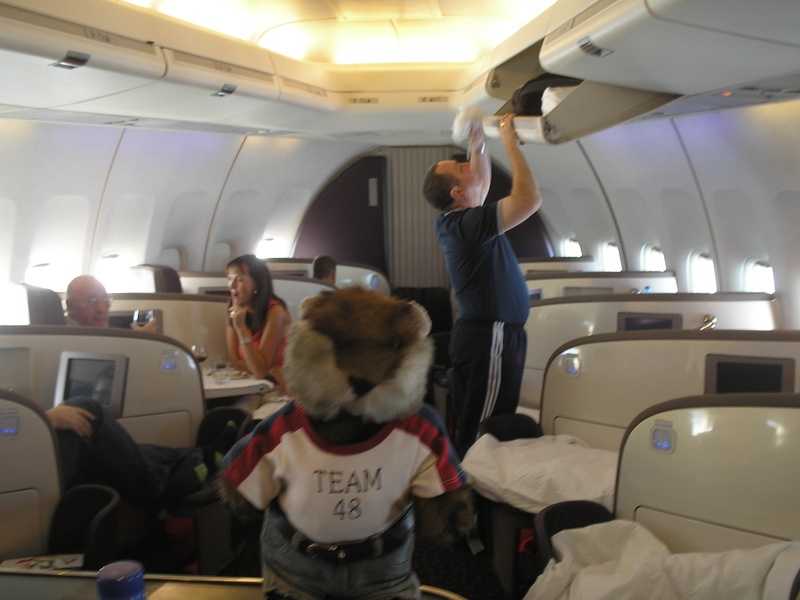 Ermm time for a toilet stop. If you haven't been on a 747 before here's a warning. These toilets suck out the content with a hell of a force, so don't ever flush it when your sat on it, it'll give you one hell of a love bite. After washing my hands, I popped round to see Barbara. Barbara is wonderful. She booked an paid for the holiday. I am very honored that I have been also invited to there wedding in April 2010. Barbera is marrying Richard by the way... who I was helping out with the crossword earlier. 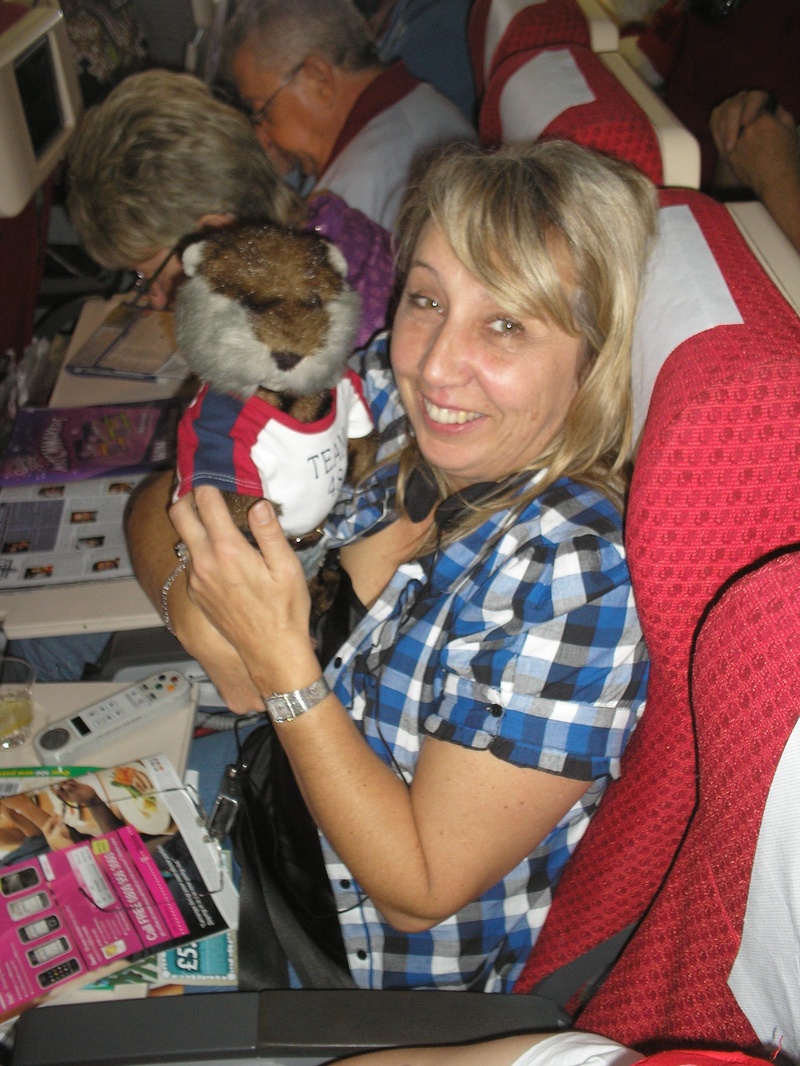 We arrived at Orlando airport. After passing through immigration an then collecting our bag we headed on down to the Virgin Atlantic desk to collect our address to the house where we was stopping. Once that done we moved along to the next desk to sort out the hire cars. Barbara and Richard had booked three car for us. Phil, Richie an Richard handed in there driver license an signed a couple of forms, then was given the registration document an was told to go down to the "parking lot ", car park to us. The cars where brought to us, they were Jeeps. Nothing special, basic model, automatics with air con but with the steering wheels on the wrong side of the car. Richard lead with Richie in the middle an Phil bringing up the rear. This is when the magical mystery tour began due to "dodgy" instructions an lack of interior light switch. Cutting a long an frustrating (for some) story short we pulled into a garage for directions. Richard went in to ask. Phil followed to get a couple of bottles of pop. He saw Richard buy a map an so Phil bought one him self as back up. They came out the garage with Richard pointing out what the garage bloke had said. A young lady then approached us an said that she had over heard the conversation Richard had had with the garage bloke an asked if she could see the address of where we was going. Funny anuff it was the housing estate opposite to where she lived. So she offered to lead the way. After a while she lead us in to a 7/11 store car park. She lead us in due to she wanted to point out that, just up the road she was going to turn right in to her estate an we needed to drive on an take the next left in to ours.This stop at the 7/11 store gave us chance to collect a few supplies plus for me to get to know our guardian angle. Her name was Kryss an she drove a white Scooby Doo (Subaru). Her nick name is Geerah, you can see a photo of her on my new friends page. Kyrss can I say a big thankyou xx. A funny thing tho, quite spooky.... Kryss is single.. an in the back window of the Scooby was a state of Maine number plate... Phil's surname is Maine..... was it meant to happen?  Oh Kryss Phil did say that he regrets not taking you out for a meal.
Arrrrrh long day yesterday so a lie in watching tele was needed. 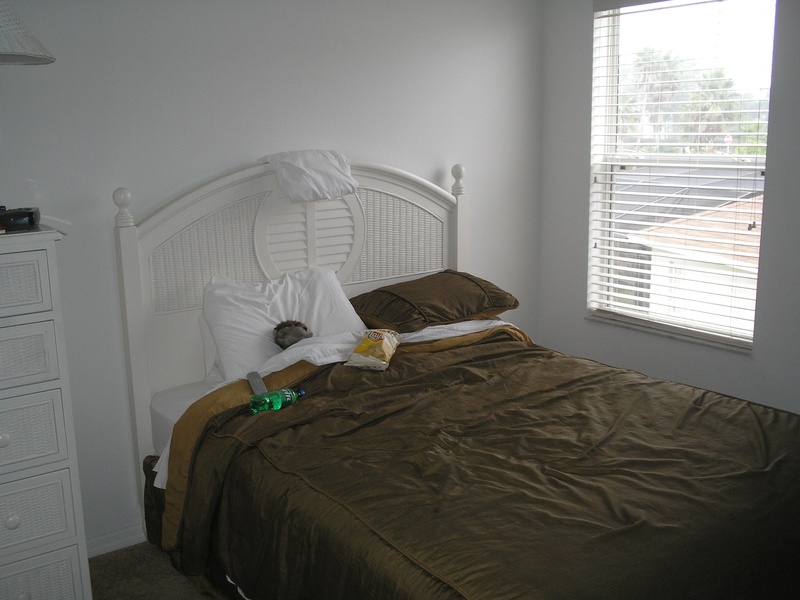 After breakfast a lounge around the pool with Richie. 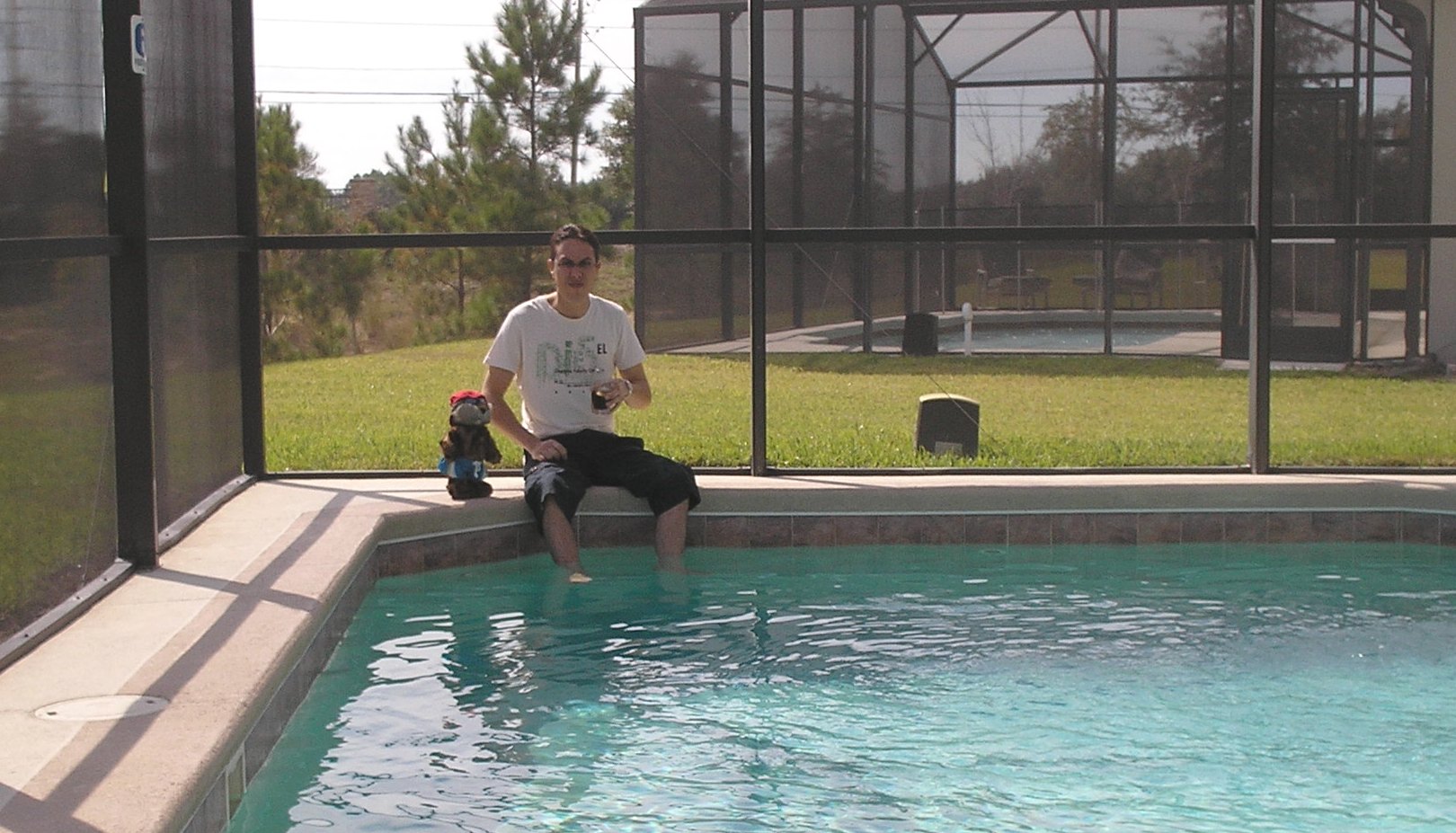 I'm taking a dive, hang on mate I've still got me shads an cap on!! 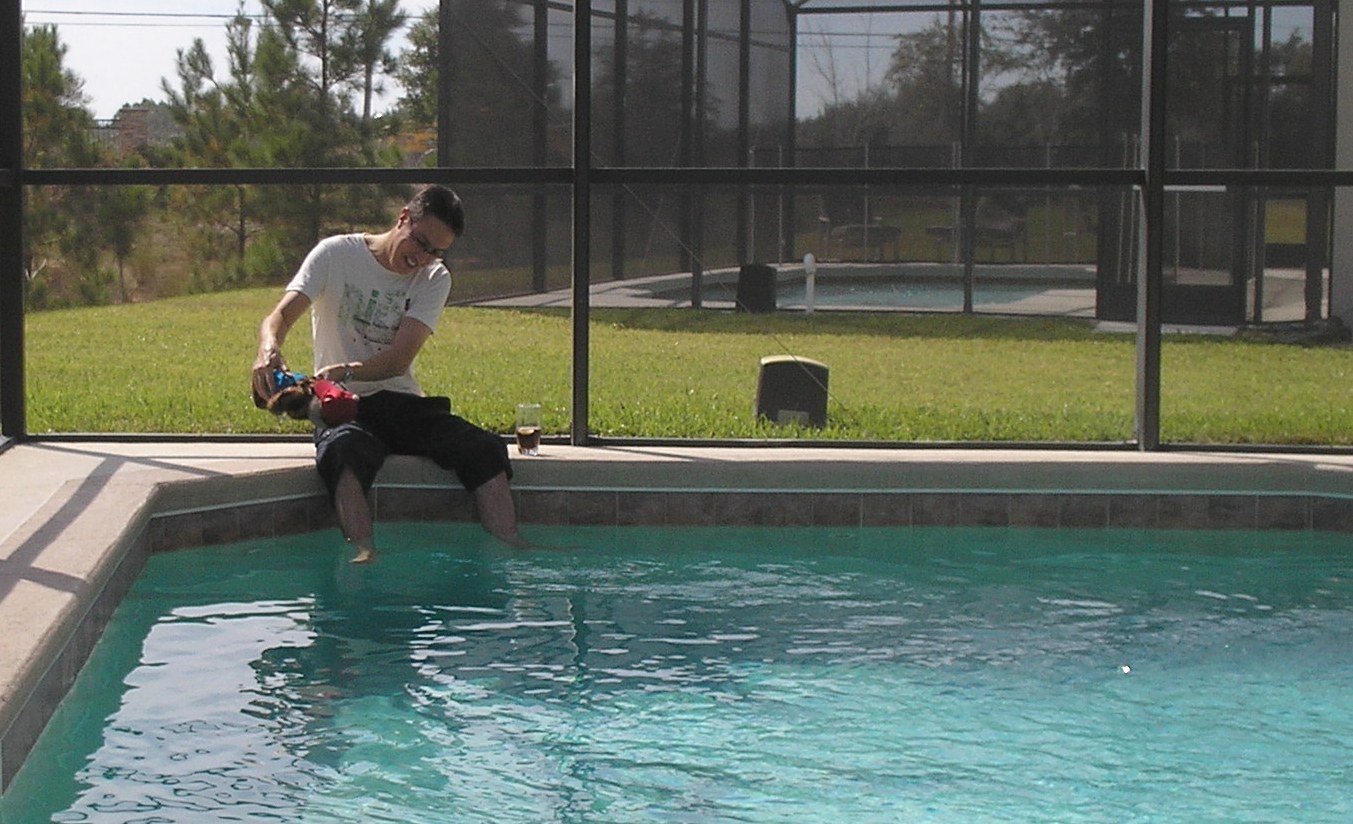 Mai an Barbara. Mai is one of Sam's girls, Sam is Richie's Sister.. Oh I forgot... Barbara I know she don't look it, is Richie's an Sam's mother.

Time for a trip out. Here's Phil jeep a very cool (due to its got air con) orange one. Richard's was silver an Richie had a wee beige number..... well it was more like off silver then brown. 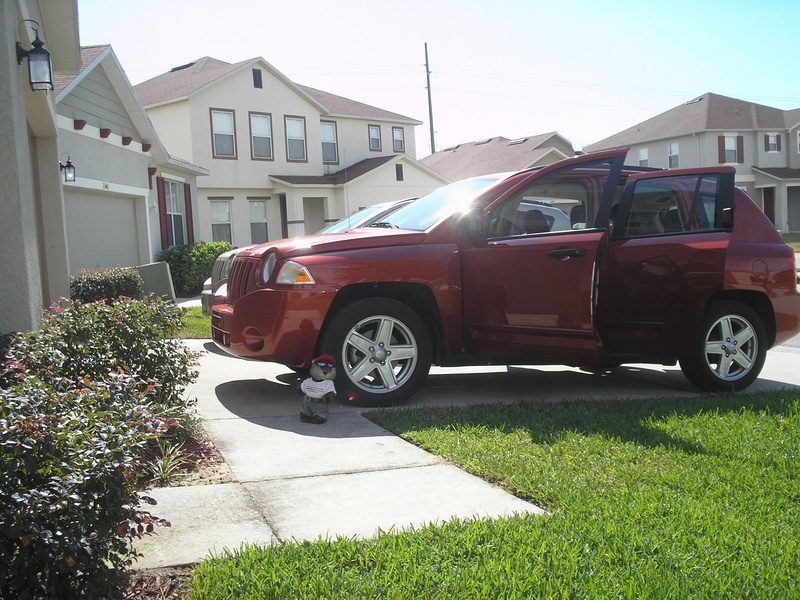 Out the front of the house... big ent it! 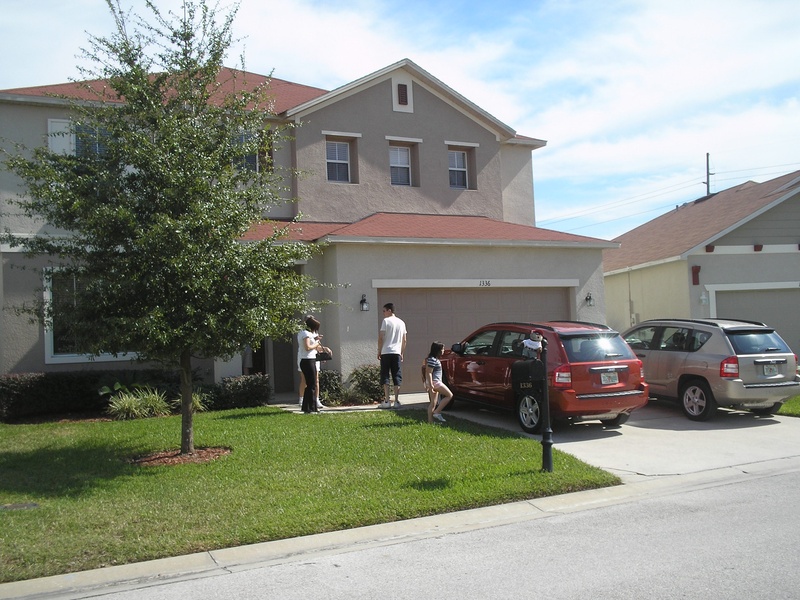 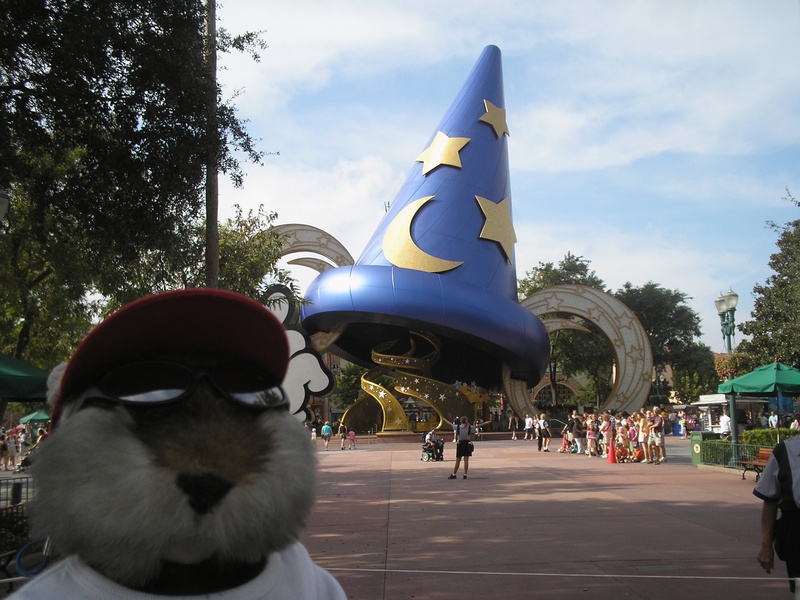 The first thing we went to see was the Indiana Jones film adventure, where you saw a so called behind the scenes look on how the made the film. Can I just say hello to Carole who we was sat next to. Carole an her kids are from England an have very kindy signed my guest book. Setting up the fight scenes that the late Pat Roach (Bomber out of Auf Wiedersehen Pet) featured in. ACTION.....The fight starts, the bird is in the cotpit playing around with the controls... then a fire brakes out from her firering the guns on the plane. The bloke fighting Indy gets hit by the propellers, fuel from plane an tanker leaks all over the place, Indy gets the bird out of the plane an they leggit, all gets blown up with lardge fire effects.... Jobs done. I liked it.

Star Wars.... Like I have allready said Its never floated my boat. Here next to the ride was a stage where a Jobbie night came out an got a few kids to become trainie Jobbie nights. Then old Deaf Aider came out to strut his stuff an challange them to a fight with his glow stick. 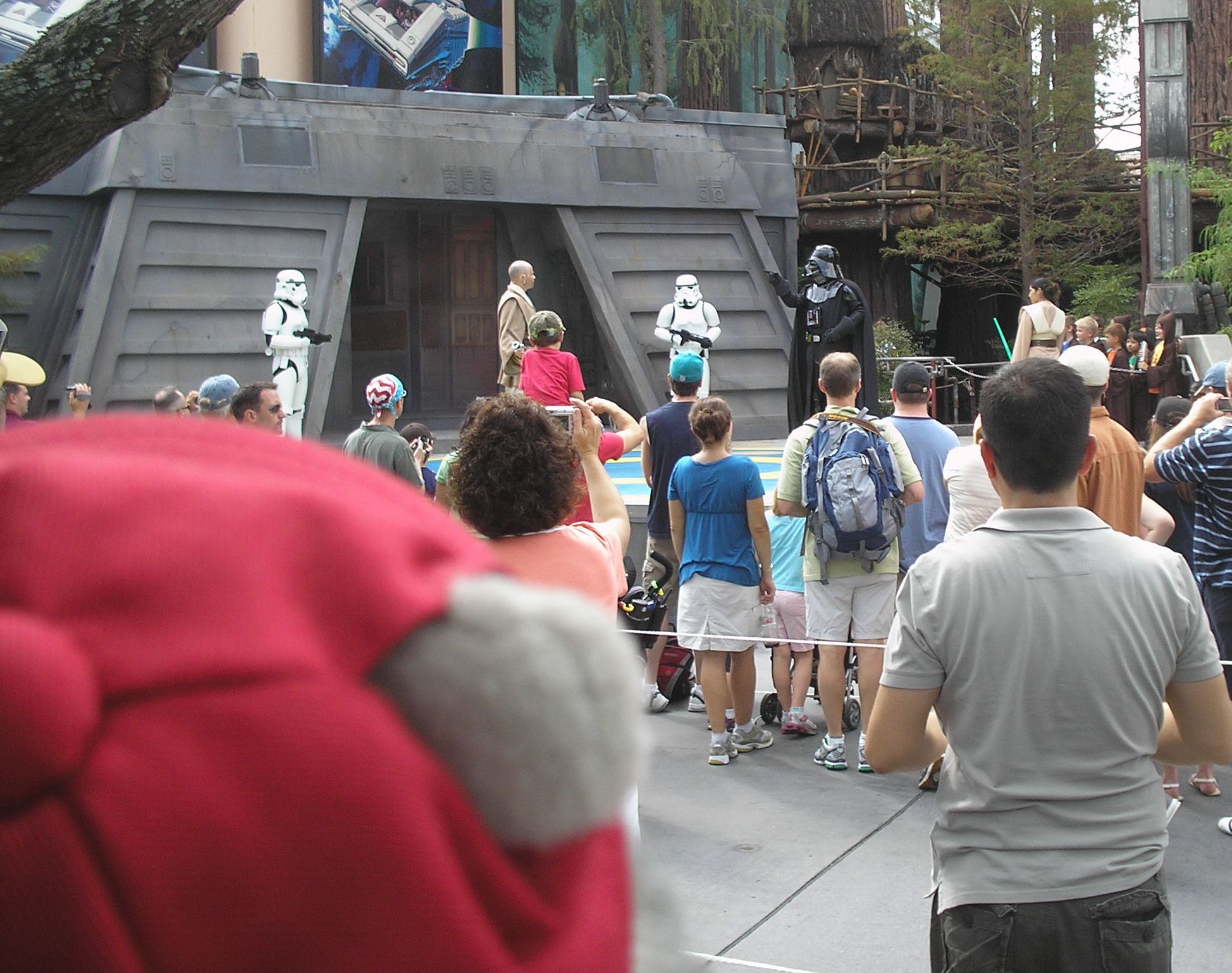 Well I was then talked in to going on to the ride by Sophie. We joined the Que. I did see C3PEEDO an AHHKIDITO while we was in the Que. Stood with Sophie, Richie, Sam Oh an Phil waiting for the doors to the ride to open. The ride was a simulator. 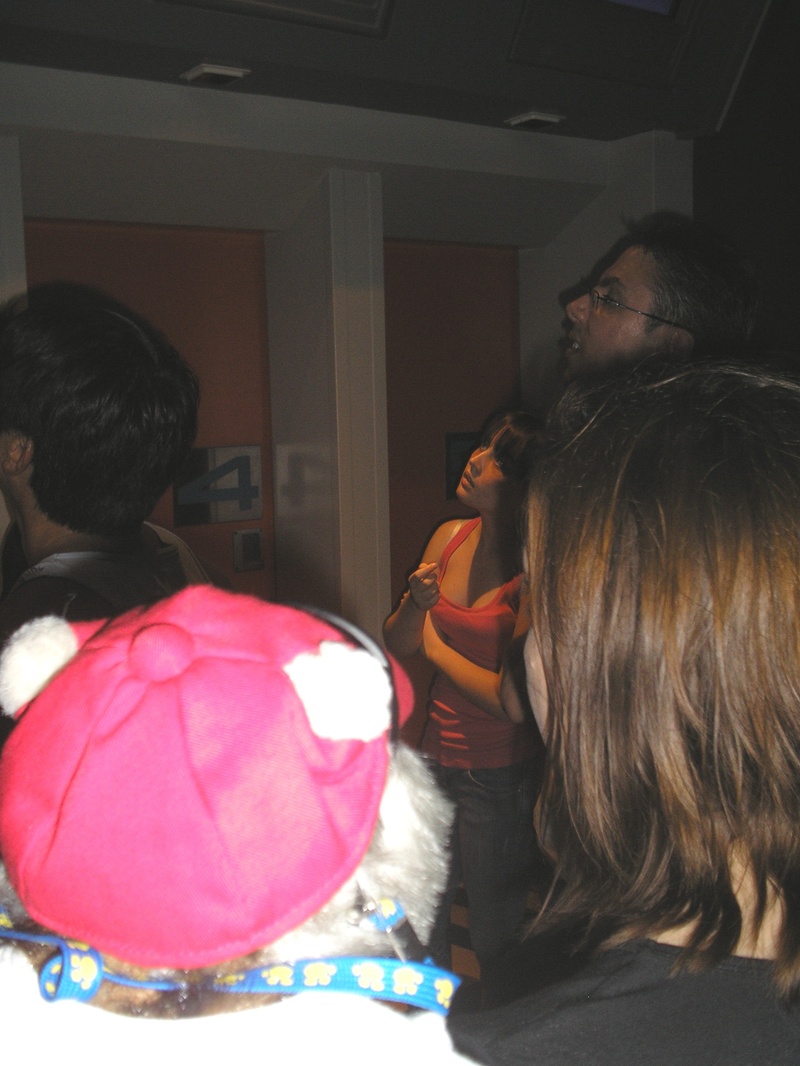 Talk about a dodgy ride! I must say that I was very close to showing every one what I had-had for my breakfast.